Chris Clark started her career as a professional singer at 13, and by the age of 16 was on the road singing at clubs. Born in 1946 and an Air Force brat, Clark had little exposure to black music or culture, despite traveling extensively with her family. The songs she sang were “white” songs, although she had a blues edge to her style. All that changed when she heard the new sound from a new record company that had burst on the scene and was destined to change and define American music: Motown.

After informing her agent that she would not go on another audition until she had the chance to audition for Berry Gordy, Clark eventually became one of the few white artists at Motown.

Berry Gordy recognized the enormous talent in Chris and became her mentor and teacher. She soon went far beyond singing, composing music for herself and others, writing special material, editing video and taking up photography (eventually chronicling more than 16 years of Motown history).

Working with Berry Gordy to move Motown into film as well as music, Clark received an Academy Award® nomination in 1972 for co-writing the screenplay for Lady Sings the Blues. She went on to become Motown Production VP of Creative Control.

Today Chris lives in Northern California, concentrating on her art. She is constantly trying new techniques, attracting even larger numbers of favorable reviews and dedicated collectors with her mixed media art. These pieces from the  ‘Motown Legends Collection’ were created between 2005 – 2010.

I’ve never questioned the creativity I’ve been blessed with. It’s kind of an ongoing hunger to explore new territory & find ways to express how my mind’s eye envisions it – or re-envisions it.

I think I’ve always had a feeling of being different. First as a military brat among civilians, then as a musician. There was never a question of where I was headed. I was going to be a singer. And by an early age had begun my trek. Passed thru high school rock bands, hippie folk groups, summer bus tours & by fifteen I was doing brief gigs in nightclubs.

I left home early & went on the road, trying to find my niche. By sixteen I’d picked up a manager & begun garnering some interest from record companies – but before she could get me placed, I heard the Motown Sound & knew that’s where I wanted to be – sight unseen.

I refused to do any more auditions until I got a chance to talk to them. I know the only reason she arranged it was because it was inconceivable to her that I would be accepted or even want to be. But I did. And I was. And spent the next eighteen years of my life – from seventeen to thirty six – as an inside member of the Motown Family.

In truth, it was my first experience with black culture. I didn’t come there trying to sing like Aretha – in fact, I’d had little exposure to black music at all. For the most part, I was singing the same songs other little white girls were singing – I just had a blues edge that stood me apart. I never figured out where it came from, and never much worried about it after I managed to find it a home. I found acceptance there and built the roots that would link me for life.

The next part of my good fortune was my mentor – Berry Gordy. Reluctant to sign up any white girls, for fear they’d be a distraction, when he finally did sign me, he kept me close at hand. It was under his influence that I began to see myself as more than a singer. He discovered and nurtured a creativity that inspired and challenged him. And me, needless to say.

He threw me into anything I showed interest in, confident that I would absorb the bones of it, and soon flesh out something unlike anything else. We were a close creative team for almost twelve of those eighteen years. And I had the luxury of absorbing that world thru the filter of Berry Gordy’s genius.

I also had the luxury of being allowed to follow my own path in some respects. As long as I was creatively productive, I could pretty much do it under any circumstances I chose. And the fact that I chose to be a bit of a loner made me all the more exclusive in his eyes and added to a certain mystique. The fact that I chose to go without shoes, stay in jeans & raise big cats for a number of those years (I had a couple of cougars, a lion or two, an ocelot and a jaguar) made him grit his teeth & tested his patience.

Spending the time there that I did, thru those years of civil rights struggles & changing perceptions – I developed an affinity with people of color and was proud to be included in their ranks.

Later years would find me working in the white community, and I quickly learned to play down my background, as it always brought an element of distrust directly proportionate to the limitations of their racial experiences.

With my artwork, I’ve managed to pull the varied elements of my background together and find a freedom of expression that both nurtures and challenges me. 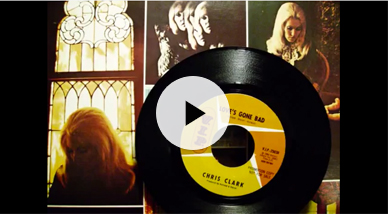 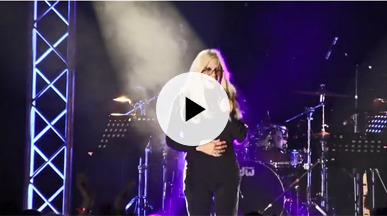 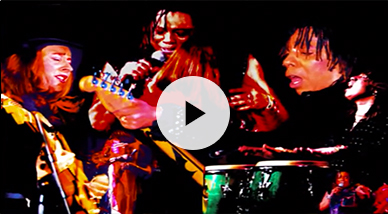 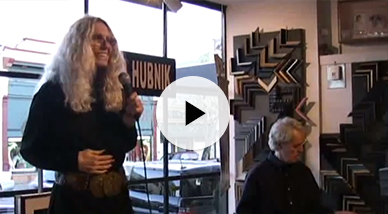